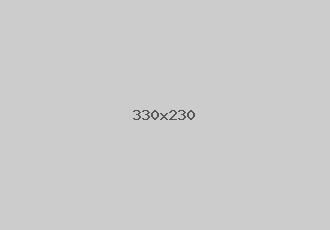 With summer in full swing and most of us spending more time outdoors you must perform diligent tick checks on yourself, your children and pets now more than ever. Experts in Connecticut declare tick populations are on the rise and it is mostly due to shorter, warmer winters and longer, wetter springs and summers (1). Ticks are parasitic arachnids that transmit a slew of bacterial, viral and parasitic infections. These various infections result in a variety of symptoms ranging in severity and frequency making diagnosis and treatment difficult - especially when one is unaware they suffered a tick bite.

The most common tick species in Connecticut are Ixodes scapularis (blacklegged deer tick) and Dermacentor variabilis (American dog tick). The blacklegged deer tick is a vector of Lyme disease, anaplasmosis, babesiosis, Borrelia miyamotoi disease, ehrlichiosis and Powassan virus disease (2). The American dog tick is a vector of Rocky Mountain Spotted Fever and Tularemia (3). In addition to soaring tick populations we are also being faced with tick species that are new to the state. In 2020 both Amblyomma americanum (lone star tick) and Haemaphysalis longicornis (Asian longhorned tick) were identified for the first time in Connecticut (4). The lone star tick is a vector of ehrlichiosis, Heartland virus, tularemia, and southern tick-associated rash (STARI) (3). The Asian longhorn tick is a vector of various Rickettsia species, Borrelia species, ehrlichiosis, anaplasmosis, Heartland virus, Powassan viruses, and can be a causative agent of Human hemorrhagic fever (4).

Goudarz Molaei, phD, tick research scientist and director of the Passive Tick Surveillance Program at the Connecticut Agricultural Experiment Station (CAES) says every tick in Connecticut is biologically capable of carrying Lyme, anaplasmosis and babesiosis. The CAES has counted double the number of ticks through April 30th from last year. Molaei reports an increase from 436 tick specimens by the end of April 2020 to over 1,000 tick specimens by May 1st of this year (1). As of April 19th Newton Health District (NHD) director Donna Culbert has observed an increase in the proportion of disease-laden ticks from 30% last year to more than 50% this year. By the same date the NHD has sent 26 ticks for testing of which 14 ticks were positive for at least one of three tick borne diseases- Lyme disease, Anaplasmosis and Babesiosis- compared to 2020 when ten out of 38 ticks tested positive (5).

According to the CDC treatment for the majority of the above tickborne diseases is a maximum of 21 days on an antibiotic, typically doxycycline, and possibly the addition of 10 days on an antiparasitic such as atovaquone or mepron (3). If one suffers a black legged tick bite the International Lyme and Associated Diseases Educational Foundation (ILADEF) recommends prophylactic dosing of doxycycline for 20 days to prevent the onset of infection (6). For many patients early recognition and treatment leads to infection resolution, however there are many who live with persistent, debilitating symptoms, and infection also known as chronic Lyme disease. For those suffering with chronic Lyme disease, it is critical for their physicians to identify and treat any unaddressed co-infections accordingly.

In addition to prescription antibiotics/antiparasitics herbal extracts also provide effective treatment against tickborne disease such as Lyme disease. For example, in one study Cryptolepis sanguinolenta, Juglans nigra (Black walnut), Polygonum cuspidatum (Japanese knotweed), Artemisia annua (Sweet wormwood), Uncaria tomentosa (Cat's claw), Cistus incanus, and Scutellaria baicalensis (Chinese skullcap) displayed activity against the non-growing stationary phase B. burgdorferi culture compared to the control antibiotics doxycycline and cefuroxime. Both Cryptolepis sanguinolenta and Polygonum cuspidatum, showed strong activity against both growing B. burgdorferi and non-growing stationary phase B. burgdorferi (7). In a different study Cryptolepis sanguinolenta, Artemisia annua, Scutellaria baicalensis, Alchornea cordifolia, and Polygonum cuspidatum displayed good in vitro inhibitory activity against B. duncani and researchers noted the herbs may be promising alternatives to treat human babesiosis caused by B. Duncani (8). In addition to the antibacterial and antiparasitic actions of the herbs discussed above they also display many other beneficial actions.

With infectious tick populations on the rise it is best to be proactive when it comes to tick bites. However if you do suffer a tick bite remember to follow the steps on this link: Lyme Disease Prevention Part 2: What To Do If You Get Bit - Tao Vitality Naturopathic Physicians.

We use cookies to ensure that we give you the best experience on our website.
I accept